The Helping Hands Charity was one of the few selected Charities to benefit from the support offered by the COHERENT Appeal of the Ro10 Program, funded by the Financial Mechanism of SEE 2009-2014 and by the opportunity to extend the project Two times Us  to its PLUS version until December 31st, 2016 has implemented an innovative social inclusion program for children at risk as a measure of discrimination in the South East and North East Regions of Romania.

Through the Two times us project, the Helping Hands Charity was involved in developing a local network for the 70 children at risk from the Danube Delta towards implementing a program of social inclusion and finding a solution for the educational and social problems offering support to those in need.

One of the objectives of the project was to and assist a nongovernmental Charity from the Danube Delta, Asociația Raza Soarelui Sun Light in its process of accreditation and application of the newly implemented social service of the puppets theatre. This Charity did not have a social service in the past years from its beginnings and, thus, by the support of the Helping Hands Charity through the Two times Us project team, within the COHERENT Appeal of the RO10 Program, funded by the Financial Mechanism of SEE 2009-2014 and the opportunity to extend the project to its PLUS version until December 31st, 2016,  was able to experiment providing social services to a first group of children from the most remote location of the Danube Delta, using the puppets theatre method.

The recreational and educational activities were performed on the premises of the Sun Light Centre in Dunăvățu de Jos, Murighiol Commune, where the children beneficiaries from the Murighiol Commune (villages of Duavatu de Jos, Dunavatu de Sus and Murighiol ) have learned to respect and assimilate basic principles of the society such as compassion, tolerance, nondiscrimination and empathy, and also have benefitted from activities of care and education during day time.

The activities Two times us PLUS  had the meaning to improve the quality of the process of providing the social services thus contributing to providing a future work force, well qualified, competent and productive, as a measure of fighting discrimination. Reaching this objective has implied elaborating and implementing the 48 workshops.

Using the puppets we managed to equip 70 children at risk, that include 25 roma ethnics, with a method of learning and improvement of a series of attitudes. Communicating through puppets has enhanced their own personality, provided more courage to express their own ideas and feelings and, overall, has  helped them overcome their fears or frustrations. The accomplished cohesion  through the 48 workshops and through the topics covered has provided the development of  the new generation in which the members of the community, even though different by their social or ethnic specifics, do not misuse these differences but take advantage of them on order to improve the beauty and to make their communication more fluid. Through the project 70 children at risk, including 25 roma ethnic  children, have developed the ability of expression for their own feelings, identity, habits, cultural legacy, improving the value of their creativity and innovation as personal elements that will be improved by participating to cultural activities.

Within the participative workshops at Constanta and Iasi, the professionals in social services were trained for involvement in social inclusion to use the puppets theatre method.

For 60 specialists, including 5 roma ethnics, was ensured a European like standard of training. The training of the specialists and their capacities to efficiently communicate in real situations using the non formal method of puppets theatre, has provided a new orientation related to the aspirations and aptitudes of beneficiaries.

The cultural initiative proposed through the workshops and the multicultural representation comes in support of the Dobrudjhan community contributing to the synergy of the cultural legacy and the awareness of the diversity and openness towards positive relationships with persons with different ethic background. The colors of the expressions from the studied themes will become the very drawer from which the ideas for the multicultural creation will come to life with the help of children using the puppets.

For the final event from December 2016 the children will prepare a multicultural representation in which they will highlight on stage both the newly acquired abilities through the Two times Us  project and the diversity of the values brought by the Romanian and Roma children together. 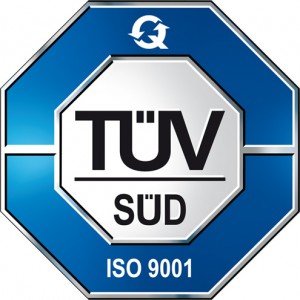